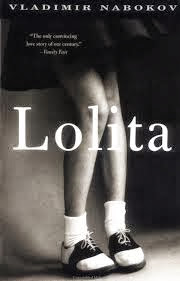 Wow, after reading this novel by Nabokov my heart and mind have melted. I had heard about Lolita for quite a while and being an extensive reader, I thought I'd give it a shot! And boy, I am glad that I did! It was so brilliant that I couldn't even know where to start! If you're a fan of classic literature then this is where you will be amazed. Nabokov's lyrical writing (as many have called it) is exquisite in its self. The taboo subject might set people off of reading it, but for me that is what made it more interesting. All the of novel is told from Humbert Humbert's point of  view, to which he manipulates the reader to believe that he is the innocent of the two protagonists in the novel. Many people would disagree that the novel is beautiful and all of that other jazz, but not me. When I was reading, I did not care that Humbert (was in true fact) a pedophile and had indeed fallen in love with the witty Dolores Haze. The love he had for her, whether it be disgusting or not was in some odd way a pleasantly enjoyable romance. Given the fact that Dolores hardly loved Humbert at all.

I had talked to my teacher about the novel and she agreed that even though it was such a beautiful novel, it was creepy as hell. What happens during the duration of the novel in some retrospect scared the living crap out of me! Just the thought of Humbert and Dolly having sex (yes, they eventually do, many times in fact) freaked me out. Not just because they did it, but because in some cases, Dolores seduced Humbert (which we are meant to believe, because that is what he tells us).

One of the big things in the novel is that of the so called innocents of Humbert. He leads us to believe that he is innocent and Dolores was in deed the one who initiated things. He does not seem to understand the traumatic effects he has on Dolly until the very end of the novel (no spoilers I promise).

There have been two film adaptations of the novel and a film based upon the novel ( American Beauty). The 1962 version directed by Stanley Kubrick and the 1997 version staring Jeremy Irons. Both of the two films in some form or another kept true to the telling of the story. Although if you're not a fan of black and white pictures films then the 1962 version is not for you. I personally loved the 1997 version, it was beautiful to watch and the two actors who played Humbert and Dolores were amazing. Some of the dialogue in the film was taken from the novel- including the famous line. Lolita, light of my life fire of my loins.

Please go and read Lolita, I highly recommend it to anyone who enjoys classic/ literature. I give it 5/5 stars.
Go read it and enjoy! x

Hey everyone, wow this is my first blog post and I am extremely nervous about the reaction. This is just a little introduction for you all who will eventually read this and actually (if that's possible) like what I write. I just want this blog to be about a lot of things! Like, fashion, makeup book, movies, and life in general. I hope you all will enjoy your time reading about me! So here's just a little information concerning your lovely blogger!

Well, that's all there is about myself! Nothing interesting at all it seems! Hopefully I'll be quite active and hopefully I'll get to meet new people on this thing! I hope to talk to all of your soon,

kind regards- Tyler Redmond
Posted by Unknown at 08:03 No comments: